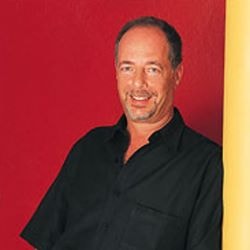 Enjoy authentic Cuban specialties, such as; "Lechon Carrillo Asado" (roast pork) or the "Ropa Vieja" skirt steak sauteed in a rich "rojo" sauce, and accompanied by a new & extremely exciting "Nuevo Latino" menu featuring fresh seafood & fish done with a delicate, flavorful and colorful touch! Continue to enjoy Cuba's best Salsa music with "Son by Three" every Wednesday & Saturday evenings, when after dinner all the tables are moved off the floor to make way for some of the best "Merengue and Salsa" dancing on the island.
Ratings

Jan 5, 2016 - posted by Daniel
As someone who was born in Cuba and raised with home cooked Cuban food I found the "Cuban" food to be some what of a facsimile and far from authentic. I asked the server in Spanish if they served bistec empanizado and he looked at me as if I was from Mars. Had no idea what I was asking for. Picadillo was like sloppy joes in a can. The flan tasted old. I asked for cafe cubano and I got Irish coffee. The tab was way too high for what we ordered. Truly disappointing experience for our first meal in Aruba.
2.0
6.0
6.0
6.0
n/a
n/a

Jun 25, 2015 - posted by zignia lugo
I have been to many Cuban restaurants and this one by far was the worst. The price is outrageous for the amount of food you receive. The staff was not knowledgeable or friendly. They include in the bill a 15% gratuity which was ridiculous for the simple fact our waitress ended her shift in the middle of serving us and seemed annoyed the whole time we asked any question pertaining to the menu. At the end of our night we were left hungry and disappointed. Would not recommend this establishment to friends or family.
3.0
1.0
1.0
6.0
n/a
n/a

Mar 6, 2015 - posted by JC4Ever
We had been to the old Cuba's Cookin' location and realized that they moved last year into the seaport area of town, near the private marina. The location is convenient if in town, they have indoor and outdoor dining, and the indoor area is very open, feeling like outside too. On the main street side/parking lot side of a large strip mall, near the movie theater, the new restaurant is authentically decorated and the live music on friday night is energetic and loud.

Mojitos were fantastic, as they should be here. The food is decent. Coming from an area that has one of the largest Cuban populations in the US, we are accustomed to great Cuban food. Here the appetizers... empanadas were very tasty, fried pork cubes, and black bean soup were a hit. For entrees, the roast pork was very different from what we are use to, served with a sauce/glaze...still trying to figure out if I liked it. Chicken with green olives was great, as was the grouper.

As was our last trip, they said they were out of the wine we wanted to order, and immediately suggested a bottle much more expensive....wondering if this is their m.o.??

Service was ok, not the best but surely not the worst. It took a very long time to get a cab to leave, but they tried numerous times for us.

Overall, decent food, a fun place and if in town, not a bad stop.

Mar 30, 2014 - posted by Pam & Larry Kinner
You are greeted at the entrance to this upscale, al fresco dining establishment, at the edge of the Renaissance Ocean Suites mall by a team of wait staff with a warm welcome.

If you are a fish aficionado, you have got to try the fresh Catch of the Day. Last night, it was Grouper. I don't believe we can get Grouper in Maine, though. It's our new favorite. You can also substitute the white rice that comes with it, with fresh, grilled vegetables.

The 3 Milk Pound Cake and Mohito Cheesecake are not to be missed.

Make this one of your stops while in Aruba, you'll not be disappointed.

Nov 6, 2013 - posted by B G
We had gone here a year earlier for lunch and found the place charming. The service was a bit slow, but we thought it was worth going again. Boy were we wrong. The waiter did not tell us about the specials and the food came out cold and wasn't very good. The pork chucks appetizers were drowning in oil. The service was horribly slow, we were never offered desert, I had to go to the bar to get more water, I had to chase the guy down for our check (I thought about walking out, but I would never. If we did, I'm sure they would not have noticed until the end of the night when they went to tally the nights checks), and they had the audacity to include a tip directly on the check (I guess they realize they wouldn't get it otherwise). While we were pissed off by the service, the owner / manager had no problem taking time out to dance, chat with friends and play with the band. Don't waste your money or time. We won't again.
1.0
1.0
5.0
8.0
5.0
1.0

“Average, But was Authentic”

Sep 3, 2013 - posted by petez7996
Was originally drawn here last night by the advertised specials. My business associate had another place in mind. Tonight while alone I tried this out. Service was great, food was authentic but not outstanding. Price was a bit high, even for Aruba. The live entertainment was pretty good as well.
7.0
10.0
6.0
9.0
2.0
7.0

“very pricey for kind of food i got”

“In love with Cubas Cookin!”

Jul 28, 2012 - posted by Crater Eddie
We were in Aruba in May 2012 after four year, I was disappointed to see that my favorite restaurant had moved from its original location. I was afraid that it had lost something in the move. Have no fear, the soul of Cuba's Cooking is still intact. The food is still has wonderful as I remembered. The Mojitos are still fantastic, but the heart of the place is still there. This is one of our must stops when visiting Aruba. I had the stuffed pork which is now one of my favorite dishes.
10.0
10.0
10.0
10.0
n/a
n/a
Showing reviews 1 - 10 of 73
Page 1 PrevNext
Write a review