Portuguese cuisine is characterised by rich, filling and full-flavored dishes and is an example of a Mediterranean cuisine. Mutual influence between Portuguese and Spanish cuisine is common. The influence of Portugal's former colonial possessions is also noted, especially in the wide variety of spices used. These spices include piri piri (small, fiery chili peppers) and black pepper, as well as cinnamon, vanilla and saffron. Olive oil is one of the bases of Portuguese cuisine both for cooking and flavouring meals. Garlic is widely used, as are herbs such as coriander and parsley. 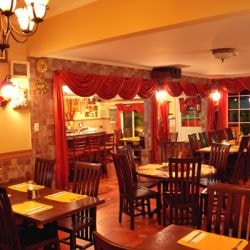