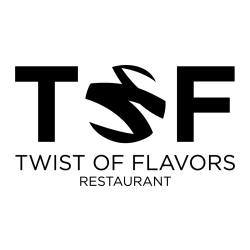 Apr 1, 2019 - posted by Jerry
The Management of TOF is probably the worse I have seen in the 20 years I have visited the island. My wife requested her steak to be well done. Upon two attempts they could not get it right. Probably the easiest way to cook a steak. Put it on the grill and leave it there. I know its not for everyone but she likes it that way so cook it that way. After the two attempts I asked to speak to the manager. What I got for a response was she was too busy. She is actually one of the Co-Owners and could not take the time to speak to a patron. It was more important for her to clear a table. Worse part is my wife never even took a bite and they did not remove it from the bill and took the steak away. The worse manager I have ever seen. However one good note is they have a great Hostess. Thank goodness for that or they would probably lose more customers. The real problem is there are just so many tourists there that it doesn't matter to them if you are happy with their establishment or not. Bottom line a new group will visit the island next week and they will visit their restaurant. She just doesn't care about her patrons.
6.0
1.0
6.0
8.0
6.0
1.0

Mar 16, 2015 - posted by Cary & Suzanne
We have been coming to Aruba for the past 12 years and always like to try at least one new restaurant each year. We only try places that we can peruse the menu online ahead of time. TOF's menu had a number of dishes that looked interesting, so we gave it a try. We sat outside as most other diners did. Erik, our waiter, was very attentive and was nice to talk to. Our appetizer was French onion soup which was good but different than in the U.S. where melted cheese tops the entire bowl. The cheese is melted on top of the pieces of bread in the soup. I found out this is the European way of making it. For entrees, we had the Seafood Lasagne and the Samurai Surf & Turf which were both excellent. The Surf & Turf had a large amount of chicken cut into small pieces and had 7 large shrimp along with cut up veggies. The Seafood Lasagne was filled with pieces of grouper, mahi, shrimp. We each ate half and took the rest home as the portions were generous. Susan, the owner, came over to our table to make sure every thing was to our satisfaction. The wine prices were very reasonable, unlike many restaurants in Aruba where the prices are marked up 4-5 times retail.
Overall, a very pleasant dining experience. We will definitely return next year.
9.0
10.0
10.0
8.0
n/a
n/a

Mar 14, 2015 - posted by Carol
Tried ToF during our February stay at Manchebo and glad we did! Had the early bird dinner for under $25 (salad, steak and desert) and really enjoyed it! Location is super convenient, food is very good and service very friendly. Went back for Dutch pancakes a few days later Yummy!! Location used to be a jewelry store -- this is a gem!
8.0
9.0
9.0
7.0
n/a
n/a

Dec 21, 2014 - posted by Limbo
We dined there the day the opened and it was AMAZING, they have a great chef who knows what he is doing in the kitchen. The waitstaff was very friendly but nervous as this was the first day. We would highly recommend this place to anybody who want great food for an affordable price!
10.0
9.0
10.0
10.0
9.0
10.0
Showing reviews 1 - 5 of 5
Page 1
Write a review