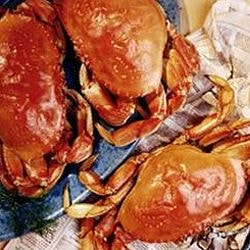 A local treasue in the heart of Oranjestad, the Old Fisherman invites you to discover sumptuous home-style fresh seafood in casual, comfortable surroundings. We always serve the freshest catch of the day, lobster tail, jumbo shrimp and other delights - not to mention succulent steaks and chicken.
Ratings

May 29, 2013 - posted by Del
I was introduced to this restaurant by accident when I visited Aruba in 2010. Looking for a place to eat and I decided to give it a try. I was so impressed with the food and service that night and promised myself to return. I would advise everybody that was visiting Aruba to eat here because it is excellent. A few years later, I returned and was turned off when I walked in. No proper greet or a smile upon entering. It was a wave of a hand and sit wherever you like. We sat and waited some time. I remember getting bread (corn bread that is so good) while you waited and we didn't receive any. I assumed that they changed that policy. Our waitress was okay, but could have been a lot better. I had to ask her for the specials of the day and she didn't really know them and was basically just waiting to take our order. I tried to lighten up her mood, but it was brief. I spoke Spanish since I know that is a language they speak as well and she acted like she didn't understand. We received the food which was great and made up for the bad service. I had to ask for the bread and she knew what I was talking about and brought an order out. I was not sure if others received it for free, but we were charged for ordering that corn bread. Also, I noticed our glasses were the smallest served in drinks. Every other table had a tall glass with what appeared to be the same style of drink. I was even more disappointed.When we finished, we noticed a party enter and they were greeted with a smile and their waiter was exceptional. He gave them the specials and assisted with recommendations and all and I was a bit jealous of the service they received in comparison to ours. When our waitress delivered the bill, she sent another female to bring it back and when we stood up to exit, nobody said thank you or anything. I advised my friend who lives out there and she said she would speak to those in charge of the restaurant and let them know of how we were treated. I didn't get the waiter's name, but he was the best person in the restaurant and I will return and ask specifically for him as he knows about customer service and hospitality.
9.0
2.0
5.0
4.0
8.0
9.0

Dec 26, 2012 - posted by Aruba1stimer
Went here looking for well priced local seafood cuisine. Should have listened to others and avoided since we were tourists, service was terrible and we were forgotten for 20 mins. Prices were high compared to nicer restaurants in the Renaissance shopping plaza, and servings were very small. Ordered coffee and received espresso, then had to go up and ask for cream since waitstaff forgot about us. Definitely do not recommend.
4.0
2.0
5.0
4.0
4.0
1.0

Oct 17, 2012 - posted by ED
Old Fisherman(downtown)- We started out toward a restaurant that was closed and last minute decided to go here. Food was good,service average, will go every now and then. Not a highlight.

Aug 18, 2012 - posted by ArubaSuzi
recommended to me 10 years ago by a local, a stop here is an annual tradition because the food never fails to satisfy at a very reasonable price. I could make a meal out of the cornbread alone! Instead of my usual choice of salmon, this visit I chose Nathan's fish cakes - made of grouper - and they were delicious! My dinner companion had Juan Herencia - the catch of the day - and he chose wahoo. Another excellent choice! The meals were filling, the service was good, we weren't rushed, and the place was full - a very good sign. I was always told to trust a restaurant where locals choose to eat, and that is one reason I put my complete faith in this one.
9.0
9.0
9.0
9.0
n/a
n/a

May 16, 2012 - posted by Frequent Aruba visitor
We have eaten at The Old Fisherman for over 10 years. The past two years the service and food has changed. The current service is terrible and used to be excellent. The food was still good but not up to par with previous years. The famous cornbread was not served hot. My wife’s dinner was not up to par and they don’t seem to have as many fresh fish offers as they used to have before. The wait staff was more concerned with their own conversations rather than taking care of the customers. There used to be many locals in the restaurant no matter what day you went this is no longer true. If I could send a message to the management it would be watch your wait staff and take care of the customer. The meals are not cheap and we used to eat here at least two or three times during a two week stay. I doubt we will be back unless we see reviews saying things have changed back to the way it used to be.
6.0
1.0
7.0
7.0
n/a
n/a

Feb 5, 2012 - posted by NY Steve
appetizer was good, shrimps in avocado. ordered mahi mahi with creole sauce. fish was tasty but cool, vegetables, rice and potatoes were cold. their usually delicious corn bread was brought to us ice cold and soggy, cheese was not melted. Obviously they cater to the locals so if you are not local. AVOID this place. The locals food came out very quickly and very hot. too bad since it was good the last few times that we ate there. NOT AGAIN UNTIL WE SEE BETTER REVIEWS FROM AMERICANS. TOURISM IS THE ONLY BUSINESS HERE. START TAKING CARE OF BUSINESS IF YOU WANT TO SURVIVE. WORD OF MOUTH COUNTS MORE THAN ALL THE ADVERTISING AND FREE GLASSES OF WINE THAT YOU PAY FOR.
5.0
8.0
4.0
4.0
4.0
5.0

Jan 18, 2012 - posted by Cyndee
My husband and I have gone to lunch at this establishment every Flag Day for years. This is a locals place to eat so you know the food is very good. Since Flag Day is a holiday, the restaurant is usually packed. I know I am on vacation and I should slow down but don't ruin my meal because you are not paying attention. For example, take notice that my beverage is low and proactively ask me if I want another. Your owner would love that my bill is higher based on your suggestive selling. I hope management takes note and makes some recommended changes on the service.
10.0
4.0
8.0
8.0
10.0
n/a

Jul 22, 2011 - posted by Collins
This was an awful experience. The bathroom stank and it's right near the kitchen. All the help hanging out by the bar ignoring us. Pan Bati is actually pancake with ground corn. Nothing to sneeze about. Oil and coconut milk dripping from the food. For the prices, I expected a lot better. The part is we were given the check for someone else's meal. When I asked the waiter to explain the check to me that's when we got the corrected check (a lot less). I wouldn't reccommend to anyone else. However, Dos Locos, now there's a good one for you.
1.0
1.0
1.0
2.0
n/a
n/a

Jun 16, 2011 - posted by John
Like everyone else, I agree the food is very good and the place is very nice. Nice that I got a table fast, but after that, it was wait for everything. Menus, water, food, and service. Its not that they were busy, everyone is just standing around the bar. Also, everyone is raving about the cornbread, what cornbread? We didn't get any.
10.0
1.0
10.0
7.0
n/a
n/a

May 15, 2011 - posted by karpov
The place was recommend to us. However the service was bad.
We asked three times for an extra plate, one of the children's order was forgotten and I'm still waiting for my drink :-).
Not the best place to be.

Is "The Old Fisherman" your restaurant? - Manage your listing - Online Marketing Tools